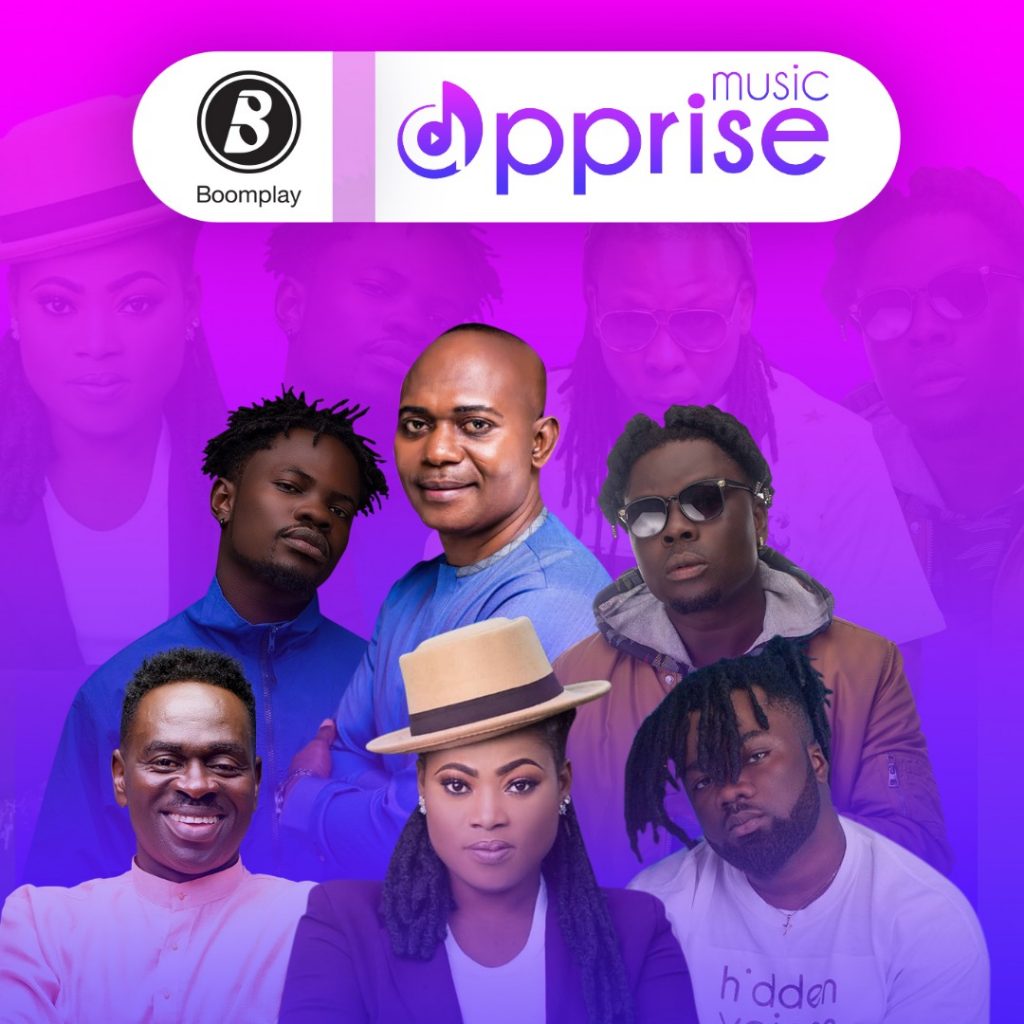 Apprise is the first music aggregator in Ghana to distribute its catalog to Boomplay, which has quickly established itself as the most popular streaming service in Africa and boasts of over 3 million users in Ghana alone. Under this partnership, Boomplay will distribute content from Apprise Music to its over 46 million users globally.

Apprise Music represents over 1200 recording artistes with more than 20000 Albums and 100,000 tracks across 20+ genres. Amongst its catalogue are music from some of the biggest names in Gospel music such as Joyce Blessing, Francis Agyei, Yaw Sarpong, Stella Seal, Bernice Offei, Hanna Donkor, and Jayana to mention a few. Apprise also distributes content for some new artists in the Afropop, Dancehall and Highlife scene such as Fameye, Epixode, Iwan, Scata Bada, Miyaki and more.

On the partnership, Boomplay Ghana’s Content Acquisition Manager, Elizabeth Ntiamoah, who signed off the deal said ‘’Having Apprise on board is certainly a positive look for Boomplay and the Ghanaian music scene as a whole. This ties with our narrative of pushing local music worldwide through digital distribution and cultivating the habit of monetization and streaming in our part of the world. With the caliber of artistes Apprise represents, their prompt delivery with regards to content and business ethics, we are looking forward to a great partnership’’.

“By partnering an esteemed entity like Boomplay with its international marketing interests and Mobile App penetration gives the opportunity for music in our catalogue to be directly placed in the hands of the consumer, this in itself gives the Artistes we represent a unique advantage in the digital music marketplace. We hope all music Artistes will take advantage of this and help us to make the world’s music market a smaller place as we forge strong alliances to give African Music a global outreach. And Provide solutions to the African music monetization challenges” says Michael Bamfo; Founder/CEO of Apprise Music Distribution.

Boomplay app, which is available on Google Play Store and Apple App Store, currently provides more than five million songs and thousands of videos to over 46 million users globally, with a month on month growth of two million new users.

The Boomplay-Apprise Music partnership will not only enrich Boomplay’s music catalogue but also offer an avenue for artistes to make revenue off their music sales.